※Due to the influence of the coronavirus, we do not have multilingual staff.

Inquiries by phone are in Japanese only.

For inquiries in other languages, please email us. 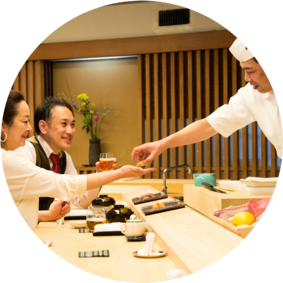 Since 1947, Kawashou has built up its know-how and confidence in making customers feel what scrumptious sushi is like with its long and traditional craftmanship.

In counter seats, you can enjoy traditional craftmanship interactively watching scenes where each piece of sushi is being made and at the same time talking with your chef about things from Japanese culture to Kawashou’s craftmanship. In private rooms, you can have a high-quality time in a tranquil atmosphere, enjoying dishes.

We have pride in that we are the best in offering Kappo sushi experience to customers not only in Fukuoka but also in Japan(maybe in the world).

We do our best to get customers to genuinely feel hospitality. We can meet a variety of customers’ needs from important business dinners to special anniversaries. 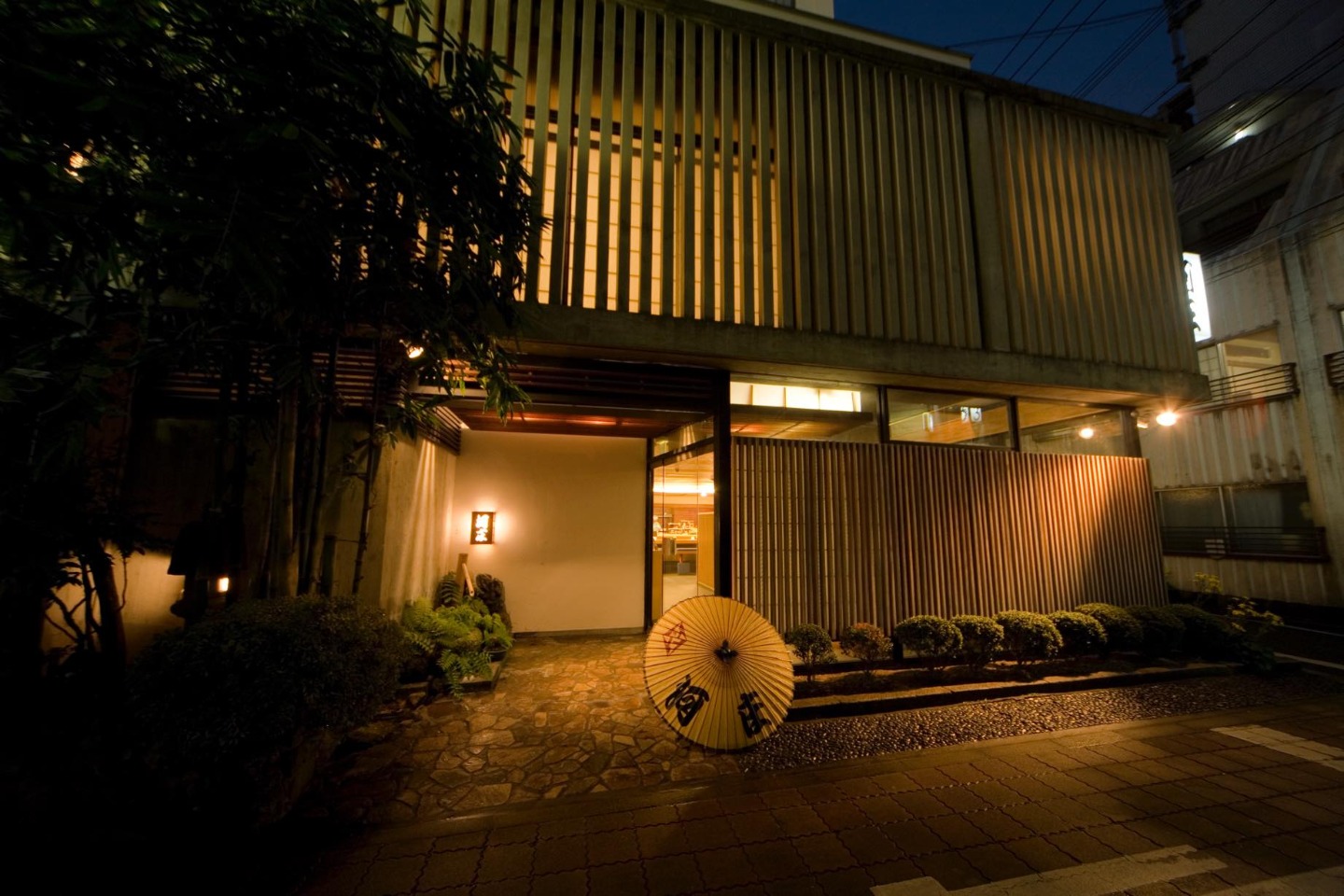 Before the end of WWII, Ken Takagi(高木健), who was born in Osaka, was running a restaurant in Dalian(大连) in China.

In 1947, he started a new sushi restaurant ‘Kawashou(河庄)’ in Hakata, featuring so called ‘itamaekappo(板前割烹)’ which is a way of cooking that a chef shows his or her customers the whole process how each dish is made.

It was right after the war and rice was treated like precious gems. On the other hands, the straits between Kyushu Island and Korean Peninsula was still boasting its richness of fresh seafoods.

Making the most of the situation that rice was extremely short and seafoods were relatively abundant, Kawashou(河庄) became one of the most popular restaurants in Fukuoka City.

With its popularity, the cooking style of Kawashou(河庄) got coined ‘Hakatamae(博多前)’, which became a general term describing ‘sushi made in Hakata with fish caught in the straits between Kyushu Island and Korean Peninsula.’

With its own characters, ‘Hakatamae(博多前)’ got nationwide fame enough to be compared to Edomae(江戸前) of Tokyo.

Story of the building 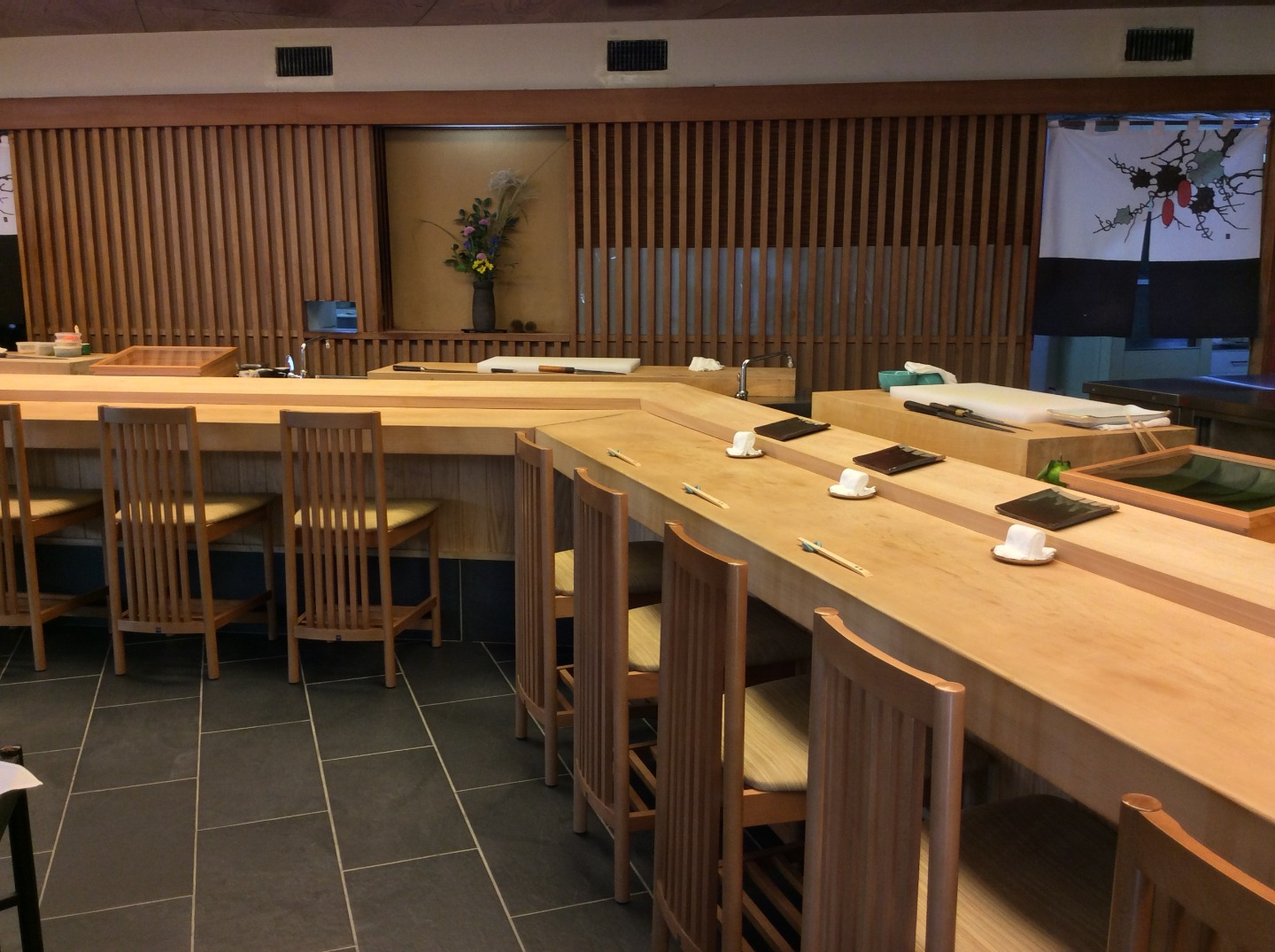 Let us briefly introduce Nishinakasu(西中洲) area where kawashou is located. First, Nishinakasu is different from Nakasu(中洲). Basically, Nishinakasu is in Chuo-ku(中央区), whereas Nakasu is in Hakata-ku(博多区). As represented with Central Tenjin Park and Kihinkan hall, Nishinakasu is an area that has long been recognized as a retreat for prestigious ladies and gentlemen in Fukuoka.

The building of Kawashou was built to meet the ladies and gentlemen’s tastes and flavors. Yoshimura Junzo(吉村 順三), who is treated as one of the three founders of Japanese modern architecture, designed the building. The construction was over in 1959. Chosen as one of the 50 most precious architectural heritages in Fukuoka, many professionals and students in architecture visit Kawashou.

Looking outer, louvre door like walls combined with wood on the first floor and concrete on the second floor bring out the impression of harmony between modern and tradition and at the same time between simplicity and sophistication. Entering the restaurant, the counter table spreads out in an L shape from the left to the back. On the right side from the gate is a new private counter table with 5 seats. The cellar on the wall has a lot of locally and nationally famed sake and fragrant wines from Japan as well as all over the world. On the second floor, there are 7 private rooms, each of which has a beautiful and elegant style and has a tranquilizing space. You can enjoy watching your chef’s cooking at the counter table, or taste great seafood dishes in a calm and private rooms.

We use Itoshima’s organically grown rice so branded as “YUME TSUKUSHI” Itoshima is located right next to Fukuoka City and boasts its vast plain rice field and clean environment. We blend the rice with the vinegar made with our own recipe and make it as the perfect shari (sushi rice).

We purchase fresh fish from the Genkai Sea. We want you to eat carefully selected and carefully prepared ingredients. With Kawashou’s long and sophisticated craftmanship, we selected the best and make the best.